What is the Optimal Ketone Level for Weight Loss?

Should you be chasing down high ketone levels in order to optimise weight loss?

Is there a blood ketone level sweet spot that will maximise your fat burning? If so, what is it?

When people discover the power of ketosis for weight loss (and it is awesome) it can be pretty normal to think….

If some ketones are good then more ketones must be better!

And so there is this idea that you can find an optimal ketone level to help you lose weight at an optimal rate.

Is this true? And if so, what is that level?

By far the most accurate way to measure ketone levels is using blood ketone readings. Urine ketone sticks don’t really give us much information about how high the state of ketosis is, and they tend to be less accurate after several weeks of being in ketosis.

So it’s blood ketone levels that we will be talking about in this blog.

Who can benefit from high blood ketone levels?

There are definitely different groups of people who may benefit from running pretty high levels of blood ketones:-

There are also some cognitive benefits of being in higher levels of ketosis.

There is also one group of people who DEFINITELY SHOULDN’T be chasing high ketone levels, and that is those with Type 1 diabetes.

This can lead to diabetic ketoacidosis, which is a life-threatening condition.

For people who have normal pancreatic function, insulin will be produced in response to elevated blood glucose levels, which prevents this state from occurring.

What do our blood ketone levels tell us?​ 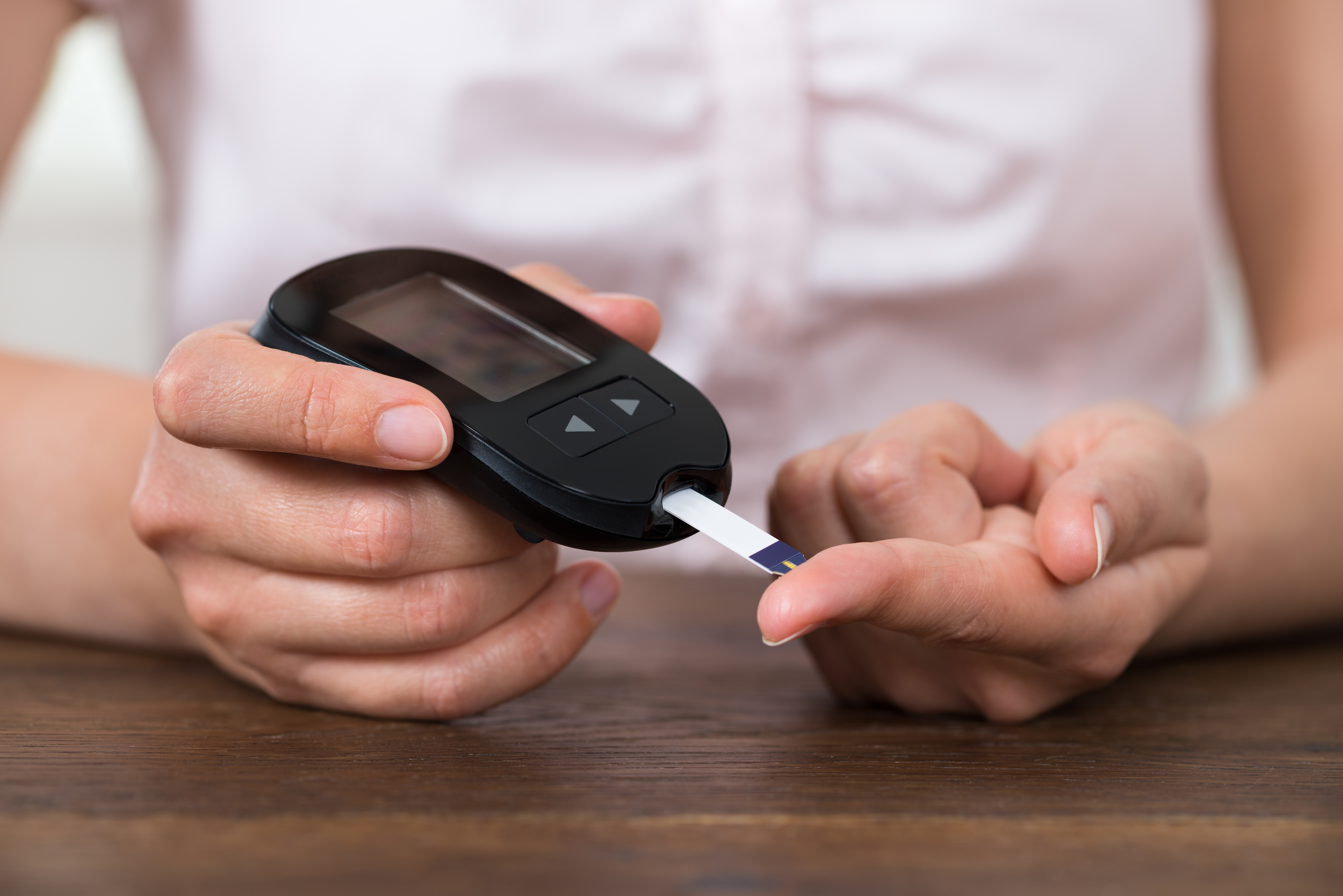 But here we’re focusing on the reason that many people get interested in ketosis… FAT LOSS.

Many of the websites and YouTube channels promoting ketogenic diets will tell you the following about your blood ketone levels:-

But to the best of my knowledge there isn’t really any scientific consensus that backs this up!

But personally I’m never really going to fully embrace a set of rules until I understand the ‘why’ behind them.

So I’m going to take you through this step by step – and I think you might be surprised by the outcome!

What do ketone levels really tell us? What do they mean?

What affects our blood ketone levels?

What affects the rate at which ketones are being produced?

Well, ketones are being produced by the body all the time, just at really low levels. If you test the blood ketone levels of someone who is a carb burner, you’ll likely get a reading of 0.1. That’s not a lot…but it’s not zero!

Ketones are produced in the liver, and to produce them in any great amount we need to not be burning dietary or stored carbohydrates for fuel.

In fact, we need to have low insulin levels and raised glucagon levels.

Now we’ve talked a lot about insulin on this blog. It’s the main fat-storage hormone.

We can achieve low insulin and raised glucagon levels by either a very low carb diet or intermittent fasting, or both.

And so, under these conditions, the liver will produce ketones from our body’s stored fat!

But ketones can be made from dietary fat too.

Many of you will know that medium chain triglycerides (such as from coconut oil) can’t be stored by the body, and are therefore turned into ketones by the liver directly. It’s one of the reasons coconut oil has become so popular!

But increased dietary fat in general will lead to higher levels of ketones being produced by the liver.

But it is the right thing to do?

Whilst ketosis is great because it tells us that we’re burning fat….

It doesn’t tell us where that fat is coming from!

Is it from body fat or from fat you’ve eaten?

What reduces the production of ketones?

Let’s look at things that lower the production of ketones.

It kinda goes without saying, but consuming too many carbohydrates will mean your body will largely shut off ketosis.

You will naturally produce fewer ketones in the early morning due to the ‘dawn phenomenon’. The dawn phenomenon occurs due to a surge of the hormone cortisol, which will produce more blood glucose from protein sources. This happens every morning, in order to prepare your body for the day…

Not a lot you can do about this…But it is a good reason not to check your ketone levels first thing in the morning.

It’s often said that consuming a lot of protein may also cause lower levels of blood ketones, as our bodies create glucose from the protein that we consume.

In fact, we now know that protein consumption actually has a minimal impact on levels of blood glucose, due to the different way in which protein is used by the body while in a state of ketosis.

But the level of ketones in the blood isn’t just dependent on the rate that they are being produced by the liver. We also have to think about how fast they are being used up by the body.

What affects the rate that ketones are used up?

Ketones are an energy source for the tissues of the body. So if the body is using them in increased amounts then you’d expect lower levels. What would cause this?

Yes, we do see lower levels of ketones after exercise. Test it for yourself. Just check ketones before and after an intense workout.

If your body has been burning carbohydrates as fuel all its life, your cells won’t burn ketones as efficiently as they will after a few weeks or months of burning ketones as fuel. There are changes at the cellular level that will mean increased burning of ketones when you become adapted.

What do high levels of ketones actually tell us?

Now your body isn’t just going to let your ketone levels rise and rise, that would be dangerous. So what is it going to do?

Well, it’s going to downregulate the amount of fat that is being released from your own fat stores.

If you’re trying to lose body fat, then down regulating the use of your own body fat for the sake of increasing ketone levels isn’t exactly ideal!

Doing less exercise just for the sake of keeping your ketone levels high is perhaps more obviously counter-intuitive. But I have seen people on the internet telling people to reduce their exercise specifically to keep their blood ketone levels raised. Seems crazy right?

But I say… do that exercise.

Burn those ketones, build those muscles, make your muscles more insulin-sensitive. Your body will have to upregulate the quantity of ketones it is producing, and will in fact increase body fat breakdown to compensate.

This is perhaps the most concerning. You need how much protein you need. You can’t just reduce protein.

Protein is important for several reasons:-

The amount of protein that you need will be based on several things including:-

The last thing we want to do is consume too little protein (whilst chasing high ketosis) so that we don’t have sufficient to maintain our lean muscle mass. It’s fat you want to lose, not muscle!

There is also a significant variation between people as to what levels of ketones they will naturally run at:

So is a higher ketone level really better?

I do agree that if your blood ketone level is under 0.5 you’re probably not really burning ketones much at all. You might still be losing weight. But perhaps not as much as you could be.

But if it’s above 0.5 you’re definitely in ketosis. You might be burning fat from body sources or from dietary fat.

If it is all from body fat, you might be able to go a bit higher.

Really anything greater than 1 is fantastic.

If you’re achieving that on a well-formulated low carb diet such as the one I will describe shortly, then great.

I wouldn’t go increasing my fat intake/decreasing exercise/reducing my protein intake purely for the sake of increasing it.

This generally tends to agree with two of the most prolific researchers of ketogenic diets, Dr Stephen Phinney & Dr Jeff Volek, who state that…

“‘Light nutritional ketosis’ is between 0.5mmol/L and 1.0mmol/L

Unfortunately, I think the phrase ‘keto’ has come to mean consuming fat for the sake of consuming fat, often at the expense of getting adequate protein, vitamins and minerals from good-quality sources of food.

Here is how I go about formulating a low carb diet for weight loss.

Should be at a level which doesn’t switch off your fat-burning and turn you into a carb burner, locking away those fat stores. That level is different for all of us!

Should be at a level which your body needs, even if this costs you a few points on your ketone readings. If you are like me and do quite a lot of resistance training, you want to really prioritise getting your protein in.

Should be used to satisfy your hunger, and not just added in to boost ketone levels for the sake of boosting ketone levels. If the amount of fat you need to keep you full results in levels of ketones of 2 or 3, then that’s fine. But don’t chase higher figures!

The exception to this is in the first few weeks/months, when adding in fat can help your body get used to using fat as a primary source of fuel. Things like bulletproof coffee/fat bombs can be really useful at this stage, but just don’t adopt this as a long-term strategy.

Much better to focus on real food sources which will give you loads of great vitamins and minerals as well.

In summary – be in ketosis but don’t chase high figures

This person is clearly getting great results on a ketogenic diet, but they are focusing on the ketone levels instead of keeping doing what they are doing… they are trying to fix the problem with the ketones, which isn’t actually a problem.

What are you trying to achieve?

Chase the results you’re after, not the ketone levels

By all means use your ketone levels for a bit of troubleshooting if you’re finding you hit a plateau. Their greatest use is for checking whether you’re not in ketosis at all, in my opinion.

But if you’re achieving your goals – don’t stress about it! I didn’t check my ketone levels once during my weight loss. I don’t check them on a regular basis now either!