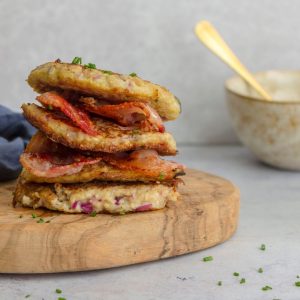 These simple low carb hash browns are a brunch must have! Perfect topped with crispy bacon, fried eggs or with a low carb sauce for dipping.